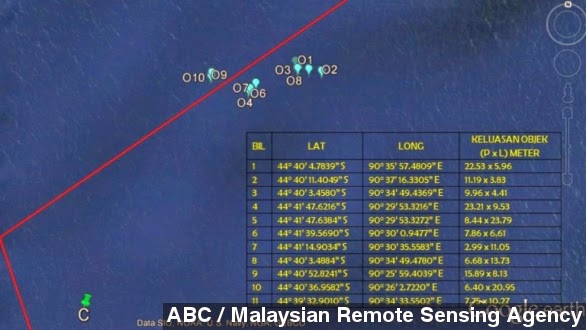 A French satellite scanning the Indian Ocean for remnants of a missing jetliner found a possible plane debris field containing 122 objects, a top Malaysian official said Wednesday, calling it "the most credible lead that we have."
Defence Minister Hishammuddin Hussein also expressed exasperation with the anger rising among missing passengers' relatives in China, who berated Malaysian government and airline officials earlier in the day in Beijing. About two-thirds of the missing are Chinese, but Hishammuddin pointedly said that Chinese families "must also understand that we in Malaysia also lost our loved ones" as did "so many other nations."
Nineteen days into the search for Malaysian Airlines Flight 370, the latest satellite images are the first to suggest that a debris field from the plane - rather than just a few objects - may be floating in the southern Indian Ocean, though no wreckage has been confirmed. Previously, an Australian satellite detected two large objects and a Chinese satellite detected one.
All three finds were made in roughly the same area, far southwest of Australia, where a desperate, multinational hunt has been going on for days.
Clouds obscured the latest satellite images, but dozens of objects could be seen in the gaps, ranging in length from one meter (3 feet) to 23 meters (76 feet). At a news conference in Kuala Lumpur, Hishammuddin said some of them "appeared to be bright, possibly indicating solid materials."
The images were taken Sunday and relayed by French-based Airbus Defence and Space, a division of Europe's Airbus Group; its businesses include the operation of satellites and satellite communications. The company said in a statement that it has mobilized five observation satellites, including two that can produce very high resolution images, to help locate the plane.
Various floating objects have been spotted in the area by planes over the last week, including on Wednesday, when the Australian Maritime Safety Authority said three more objects were seen. The authority said two objects seen from a civil aircraft appeared to be rope, and that a New Zealand military plane spotted a blue object.
None of the objects were seen on a second pass, a frustration that has been repeated several times in the hunt for Flight 370, missing since March 8 with 239 people aboard.
Australian officials did not say whether they received the French imagery in time for search planes out at sea to look for the possible debris field, and did not return repeated phone messages seeking further comment. It remains uncertain whether any of the objects seen came from the plane; they could have come from a cargo ship or something else.
The search resumed Wednesday after fierce winds and high waves forced crews to take a break Tuesday. A total of 12 planes and five ships from the United States, China, Japan, South Korea, Australia and New Zealand were participating in the search, hoping to find even a single piece of the jet that could offer tangible evidence of a crash and provide clues to find the rest of the wreckage.
Malaysia announced Monday that a mathematical analysis of the final known satellite signals from the plane showed that it had crashed in the sea, killing everyone on board.
The new data greatly reduced the search zone, but it remains huge - an area estimated at 1.6 million square kilometres, about the size of Alaska.
"We're throwing everything we have at this search," Australian Prime Minister Tony Abbott told Nine Network television on Wednesday.
"This is about the most inaccessible spot imaginable. It's thousands of kilometres from anywhere," he later told Seven Network television. He vowed that "we will do what we can to solve this riddle."
Malaysia has been criticized over its handling of the search, though it is one of the most perplexing mysteries in aviation history. Much of the most strident criticism has come from relatives of the 153 Chinese missing, some of whom expressed outrage that Malaysia essentially declared their loved ones dead without recovering a single piece of wreckage.
At a hotel banquet room in Beijing on Wednesday, a delegation of Malaysian government and airline officials explained what they knew to relatives of those lost. They were met with scepticism and even ridicule by some of the roughly 100 people in audience, who questioned some of the report's findings, including how investigators could have concluded the direction and speed of the plane. One man later said he wanted to pummel everyone in the Malaysian delegation. 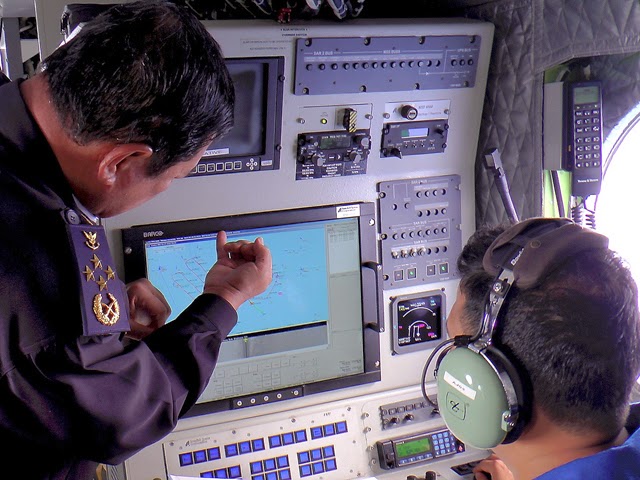 "Time will heal emotions that are running high. We fully understand," Hishammuddin said in Kuala Lumpur.
"For the Chinese families, they must also understand that we in Malaysia also lost our loved ones. There are so many other nations that have lost their loved ones," Hishammuddin said. "I have seen some images coming from Australia, very rational. (They) understand that this is a global effort. Not blaming directly on Malaysia, because we are coordinating something that is unprecedented."
But one of the main complaints from families - mixed messages from Malaysia - continued Wednesday. Two days after Malaysian Prime Minister Najib Razak said there were no survivors, Hishammuddin allowed for the possibility that some people aboard the plane might still be alive.
"If (the debris) is confirmed to be from MH370, then we can move on to deep sea surveillance search and rescue, hopefully, hoping against hope," he said.
China dispatched a special envoy to Kuala Lumpur, Vice Foreign Minister Zhang Yesui, who met Najib and other top officials Wednesday, the official Xinhua News Agency reported.
China, which now has Chinese warships and an icebreaker in the search zone, has been intent on supporting the interests of the Chinese relatives of passengers, backing their demands for detailed information on how Malaysia concluded the jet went down - details Hishamuddin said Malaysia handed over on Wednesday.
China's support for families is the likely reason why authorities there - normally extremely wary of any spontaneous demonstrations that could undermine social stability - permitted a rare protest Tuesday outside the Malaysian Embassy in Beijing, during which relatives chanted slogans, threw water bottles and briefly tussled with police who kept them separated from a swarm of journalists.
Though officials believe they know roughly where the plane is, it remains unknown why it disappeared shortly after taking off from Kuala Lumpur. Investigators have ruled out nothing - including mechanical or electrical failure, hijacking, sabotage, terrorism or issues related to the mental health of the pilots or someone else on board.
The search for the wreckage and the plane's flight data and cockpit voice recorders will be a major challenge. It took two years to find the black box from Air France Flight 447, which went down in the Atlantic Ocean on a flight from Rio de Janeiro to Paris in 2009, and searchers knew within days where that crash site was.
Wednesday's search focused on an 80,000 square kilometre swath of ocean about 2,000 kilometres southwest of Perth.
There is a race to find Flight 370's black boxes, whose battery-powered "pinger" could stop sending signals within two weeks.
On Wednesday, the Australian Maritime Safety Authority, which is coordinating the southern search operation on Malaysia's behalf, said a US Towed Pinger Locator arrived in Perth along with a Bluefin-21 underwater drone. The equipment will be fitted to the Australian naval ship the Ocean Shield, but AMSA could not say when they would be deployed.
Kerry Sieh, the director of the Earth Observatory of Singapore, said the seafloor in the search area is relatively flat, with dips and crevices similar to the part of the Atlantic Ocean where the Air France wreckage was found. 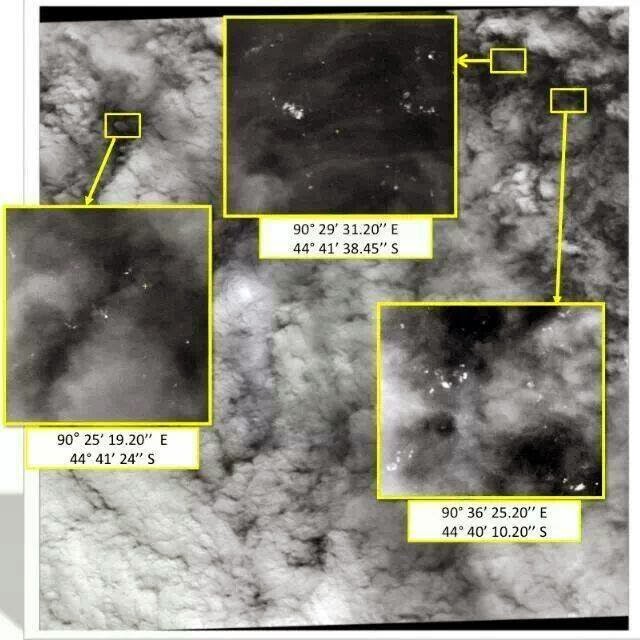 He believes any large pieces of the plane would likely stay put once they have completely sunk. But recovering any part of the plane will be tough because of ocean depths in the search area, which are mostly 3,000 to 4,500 meters.
Aviation expert Geoffrey Thomas, publisher of Airlineratings.com, called the search "the most complex, the most difficult in aviation history."
"The weather in this part of the world is far more difficult than that experienced in the search for (Air France) 447."
He said huge swells were common, particularly during the southern hemisphere's upcoming winter. "There's a real urgency to find something as quickly as possible because through the winter months, they'll probably have to suspend the search."
Australia's Bureau of Meteorology warned that the weather was expected to deteriorate again Thursday, with thunderstorms, low clouds and strong winds on the way.